Stay In Your Lane

I got a care package from my sister today.  She found me some hand sanitizer and some disinfecting wipes.  She also sent little finger tip condoms that I can use for elevator buttons and things.  Who would have thought that in 2020 in a city like Nashville, my sister would be sending me things I need?

I got gas at Kroger on Clarksville Pike today for $1.49 a gallon.  I’ve seen prices all over the place the past couple of days depending on what part of town I’m in.  $2.47 or higher down to $1.31 at a rather shady station.  Anyway, while I was at Kroger, a redneck with a big white truck blaring bad hip-hop started yelling to no one in particular that the virus was fake and everyone was stupid while pumping his gas and smoking a cigarette.  Wish I had asked him for a picture. 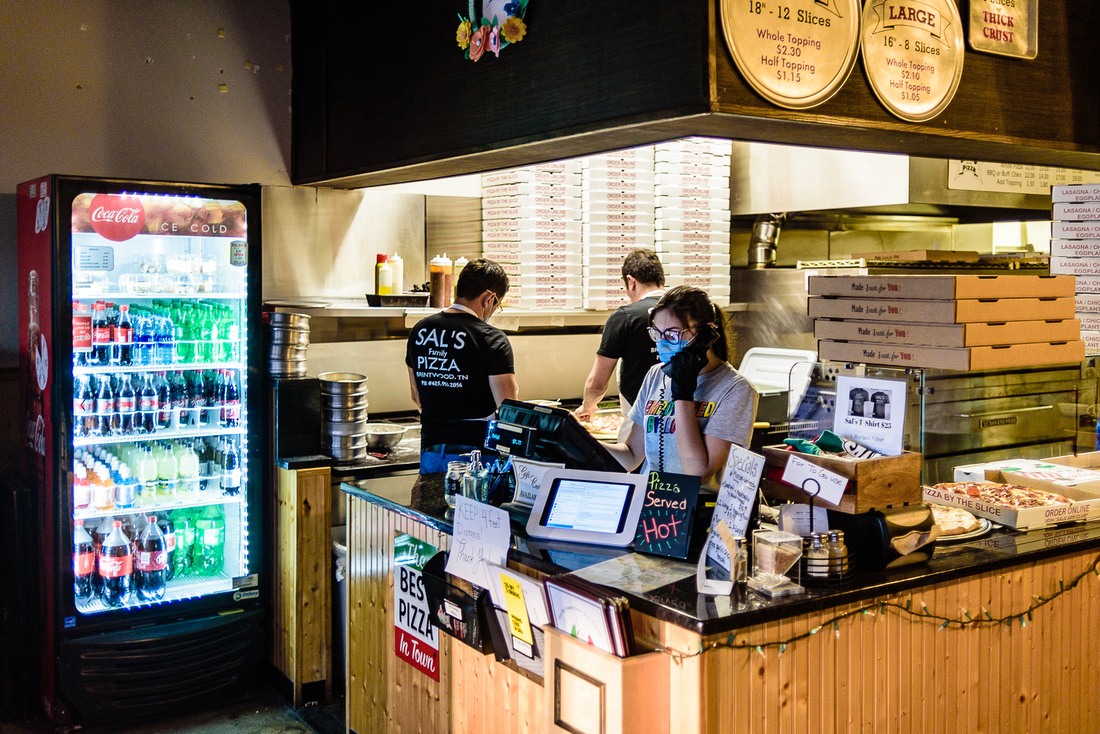 I think I’ve mentioned how all the restaurants are handling precautions a little differently but one tonight was my favorite so far.  Sushi O Sushi on Nolensville Pike was taking no chances.  They had two doors clearly marked, one for delivery drivers and one for customer pick-up.  When you walk in there was a table on each side and behind that a paper folding wall with one section cut out and replaced with a clear plastic curtain.  When your food was ready, a gloved hand would reach through the plastic and set the food on the counter.  It seemed effective for keeping any contamination out of the kitchen and away from the workers. 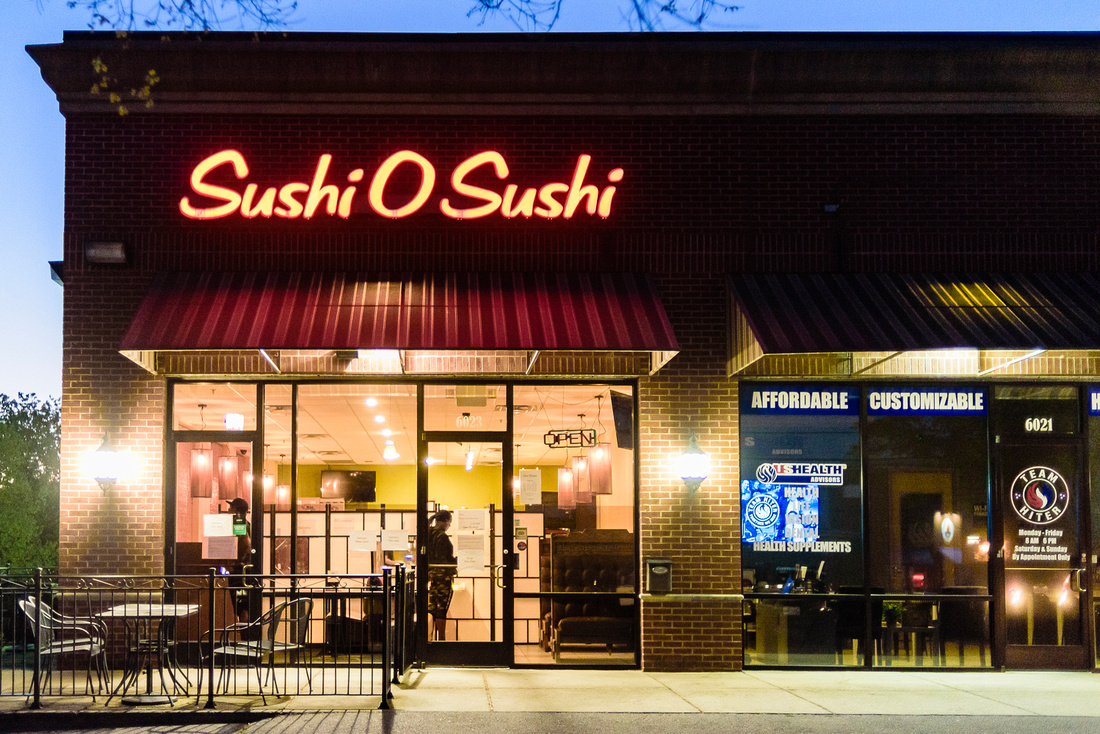 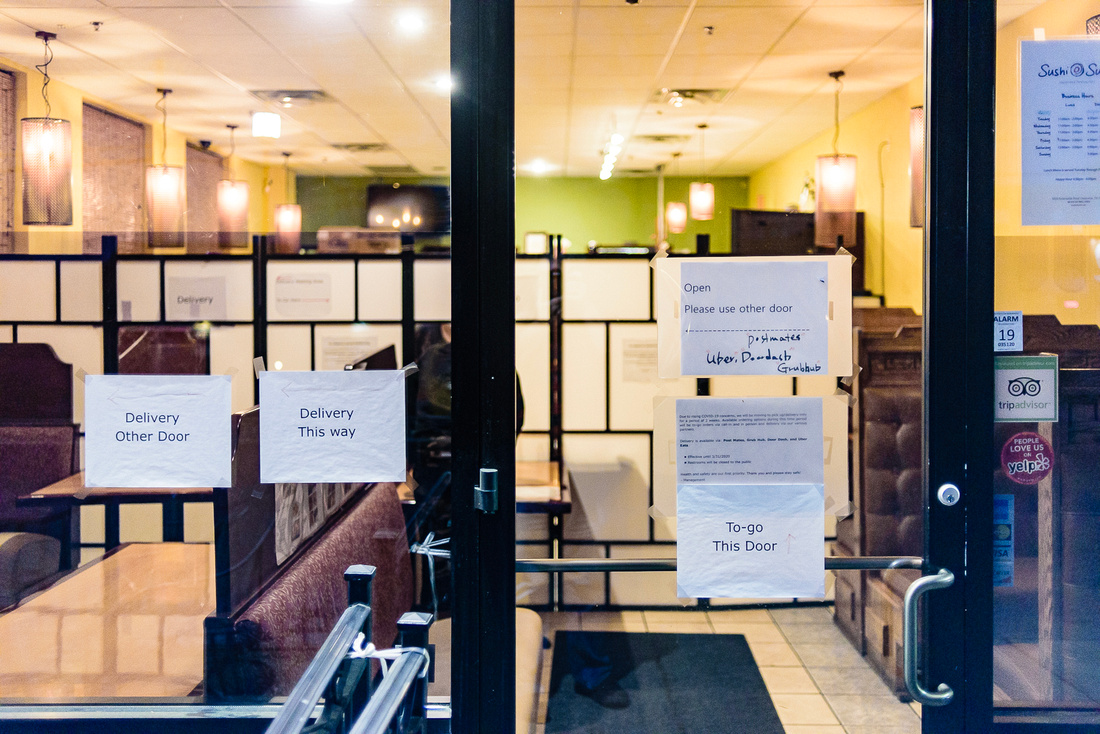 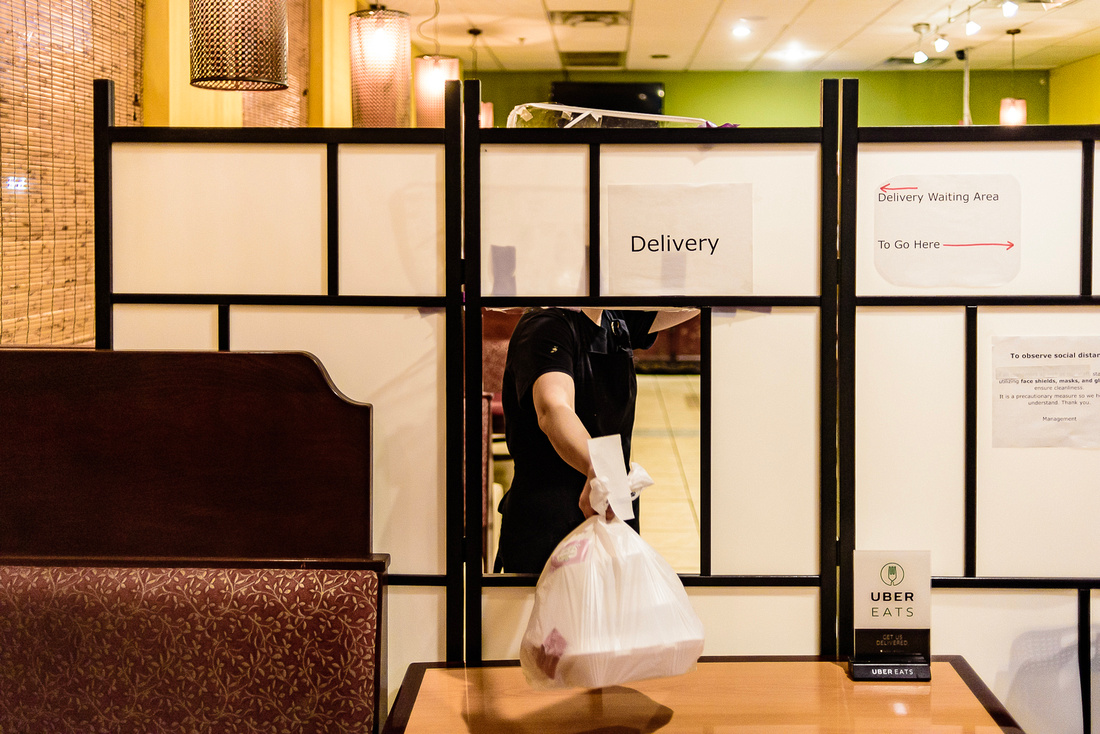 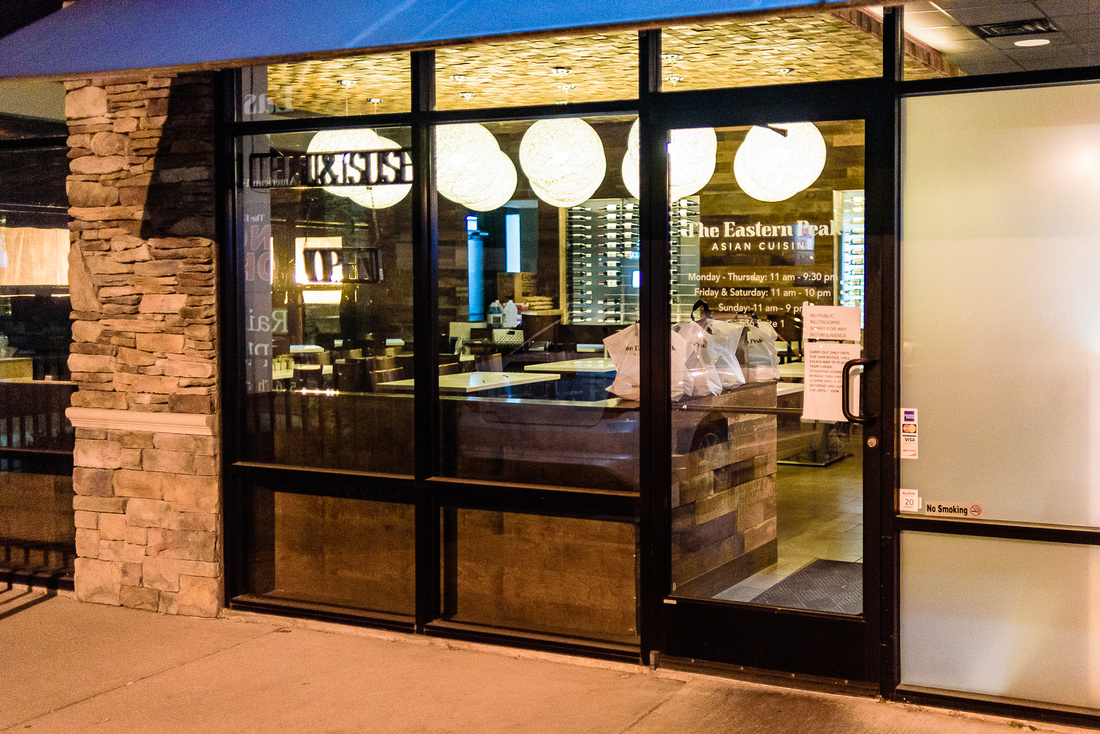 A lot of people had donuts for lunch today.  My first delivery was from Status Dough, a new upscale donut shop on Gallatin Rd.  This bakery was staffed by the super awesome Ecacia.  She insisted I try a donut so I chose an apple fritter and she even threw in a milk.  Alter I put the order in my car I came back in and asked for a picture.  I’m glad I did.  It turned out great.  I then had an order from Five Daughters Bakery and then another one from Status Dough.  Ecacia probably would have given me another donut but I said I wasn’t back for another free one before she could offer. 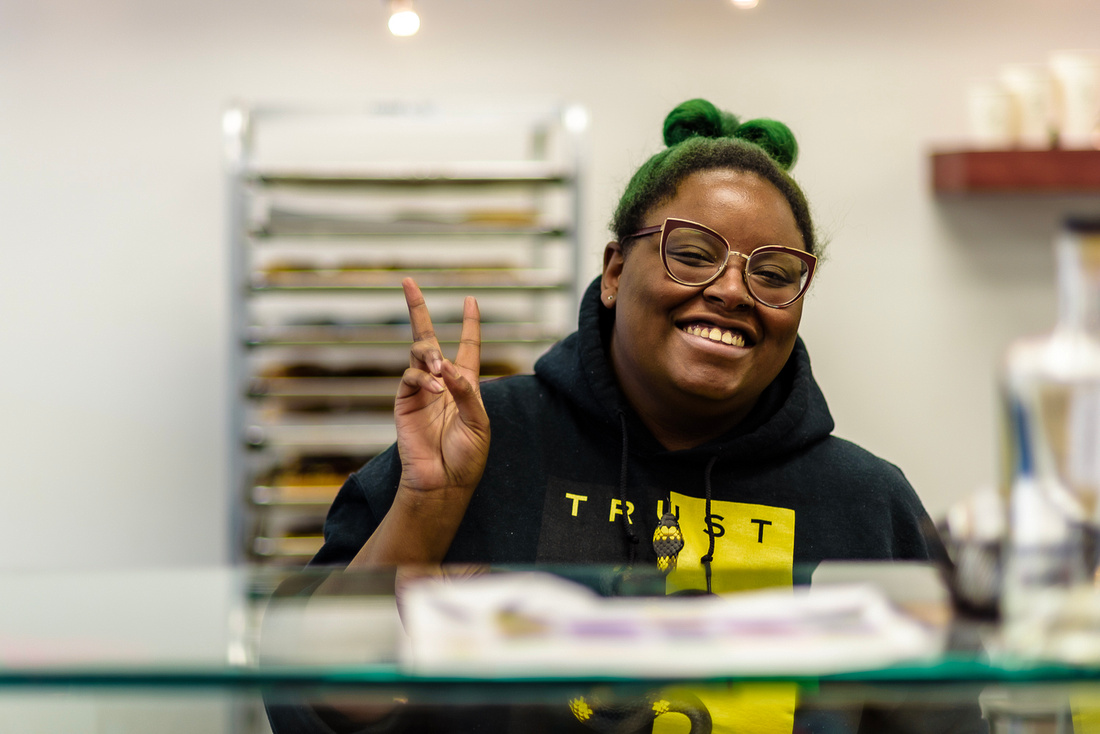 I had an order from Slim and Husky’s.  They have the social distancing thing pretty well figured out.  They have two lines marked off, one for delivery and one for call in.  They have tape marking the spots to stand in to maintain a six-foot distance.  No one there when I showed up today but sometimes both lines are crazy long. 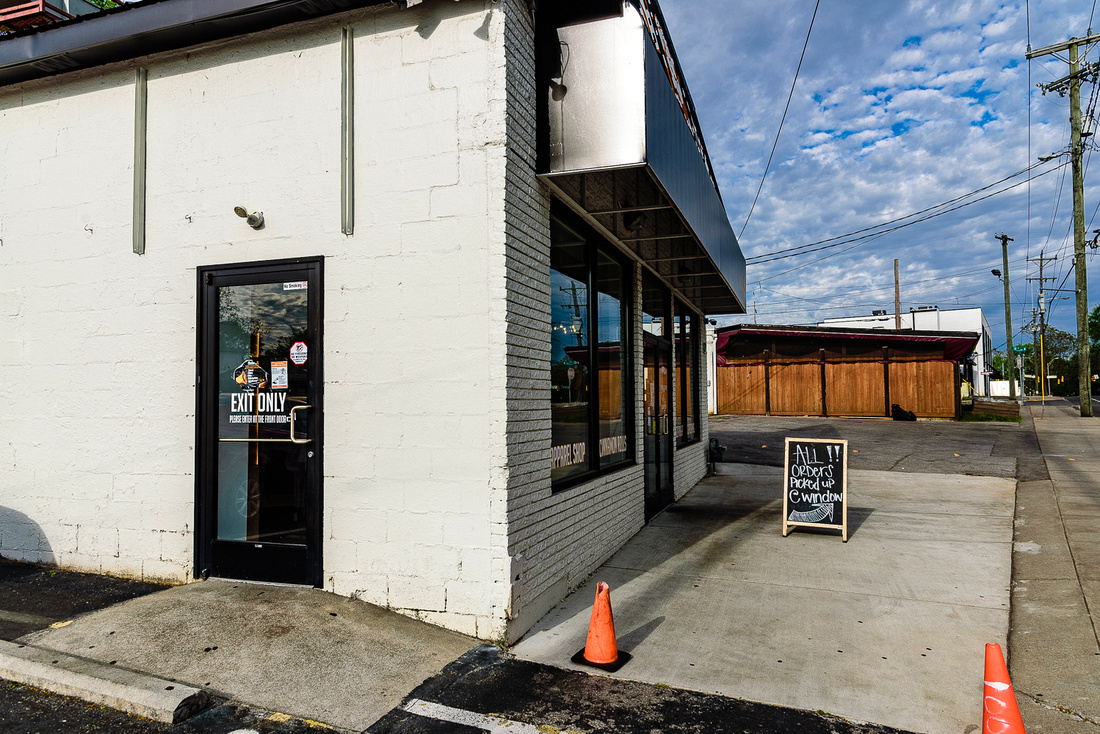 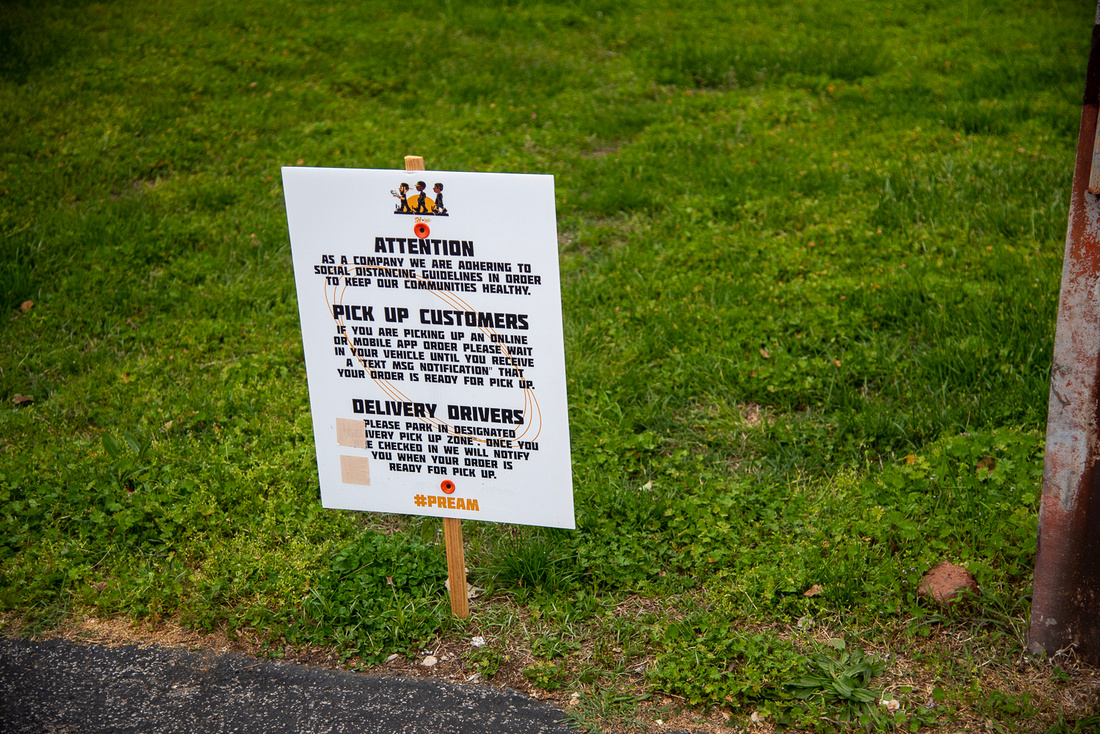 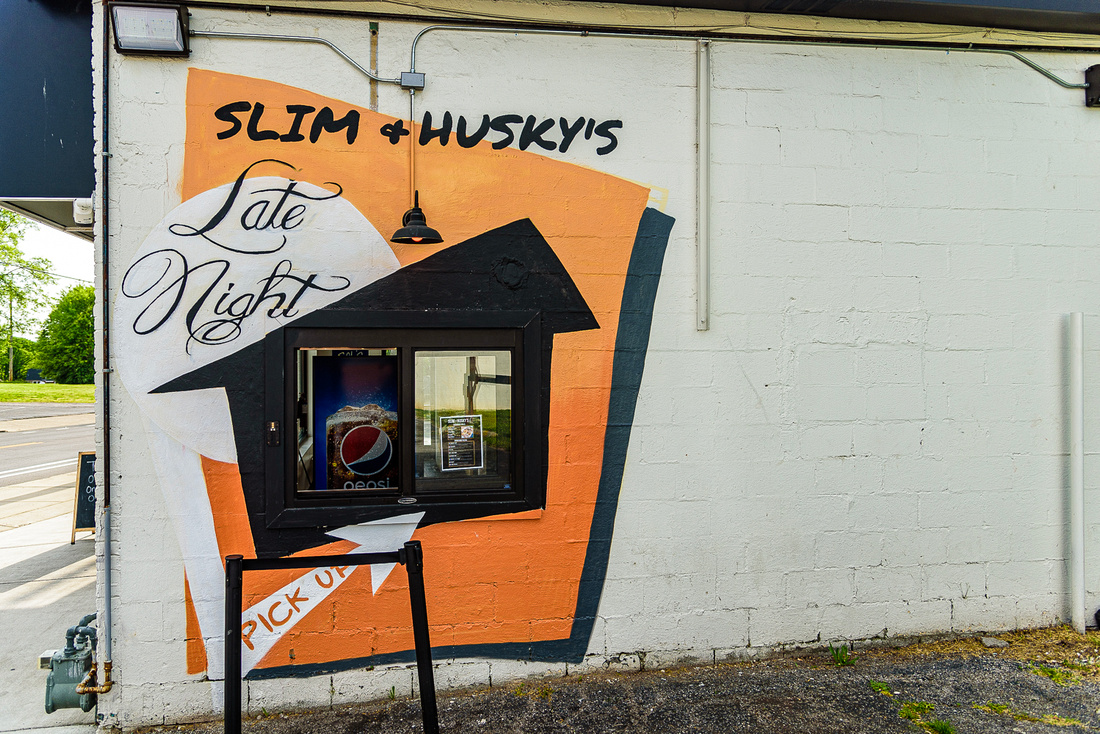 I pulled up at a red light behind a guy and noticed he was wearing surgical gloves, and he was smoking a cigarette.  Now I may not be the sharpest knife in the drawer, but if I’m wearing gloves to keep the crud off my hands, why would I want to hold a cigarette right up to my mouth with the same cruddy glove with said crud all over it?  On the same note I see a heck of a lot of people wearing masks but keeping them just below their nose.  That’s not how those work either. 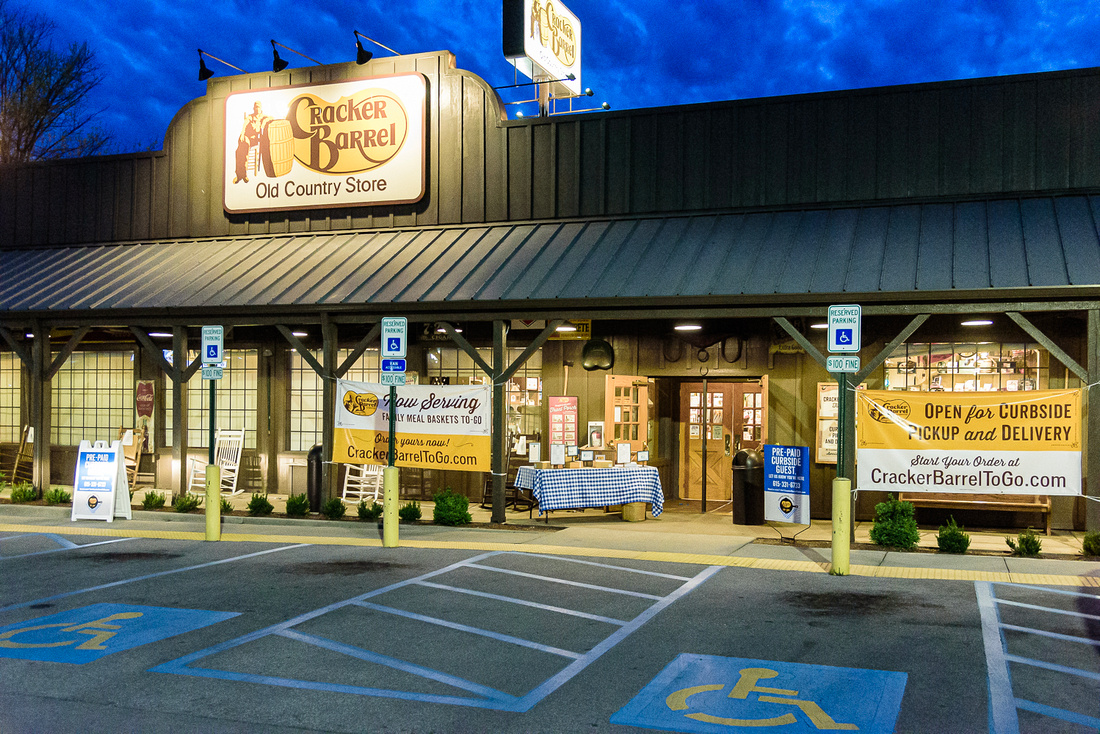