What a Wonderful World

John Prine died last night.  He was 73.  I’ve been a fan of his since college. I dated a girl my senior year that could play guitar and sing like an angel.  She sang John Prine songs on my porch.  I fell in love with John and her Fall of '92.  She got away but John never left me.  He was easily one of the most loved men in Nashville.  13 deaths from the virus in Nashville so far and John Prine was one of them.

1140 cases in Nashville this morning.  We’re being told that we are nearing the peak, that what we are doing is working.  I sure hope so.  It’s a surreal feeling out there.  I’m thinking about adding photos to this journal and I might start to publish it as a blog on my website.  Hopefully in the next day or two I’ll figure out how to get that going.

I took a bunch of photos tonight.  I shot a couple inside of restaurants and a bunch more of deserted Lower Broad.   It really is a ghost town compared to what it was before.  The Louis Armstrong impersonator was plugged in and belting out the only verse he knows of “What a Wonderful World,” over and over and over and over.  It was seriously me, two girls walking their dogs, a few cops sitting in their cars, and a couple of homeless people.  But Louis was plugged in and singing like it was CMA Fest.  I really wish I had shot some video of that. 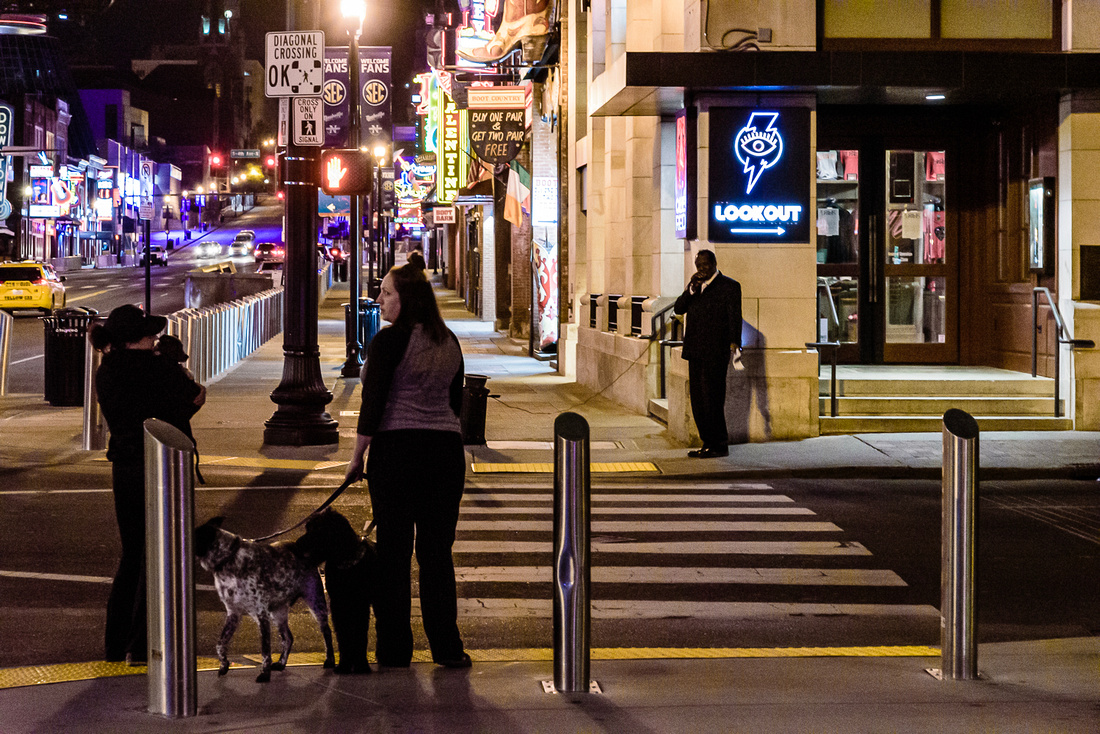 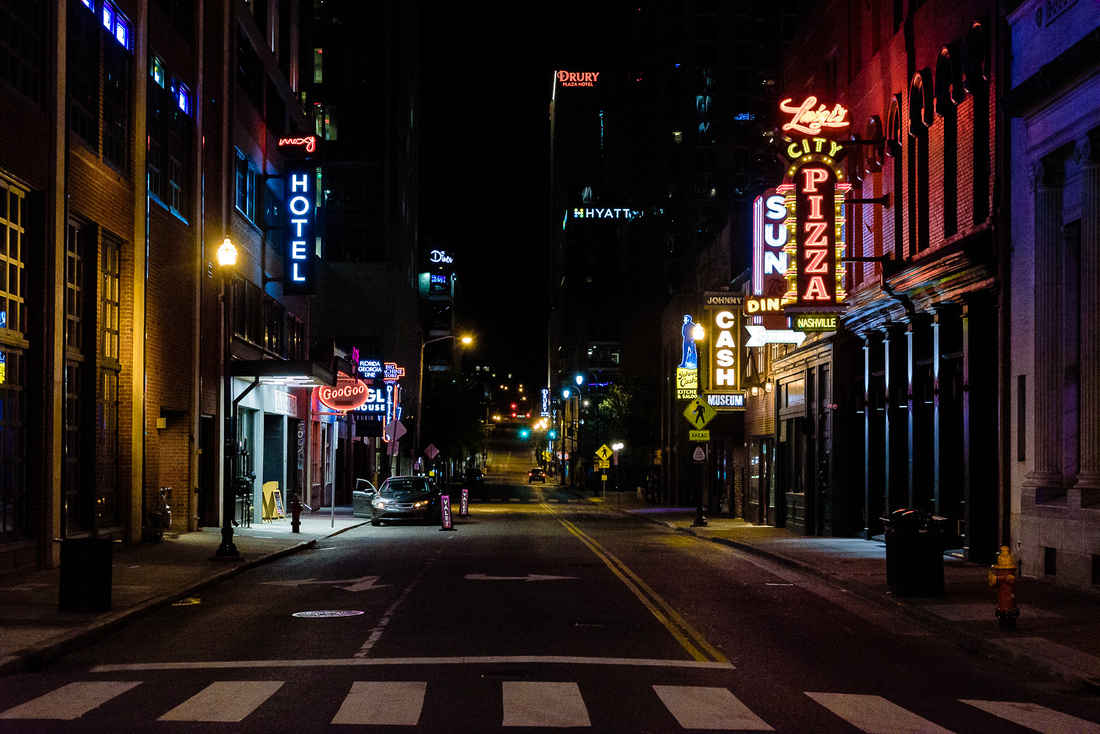 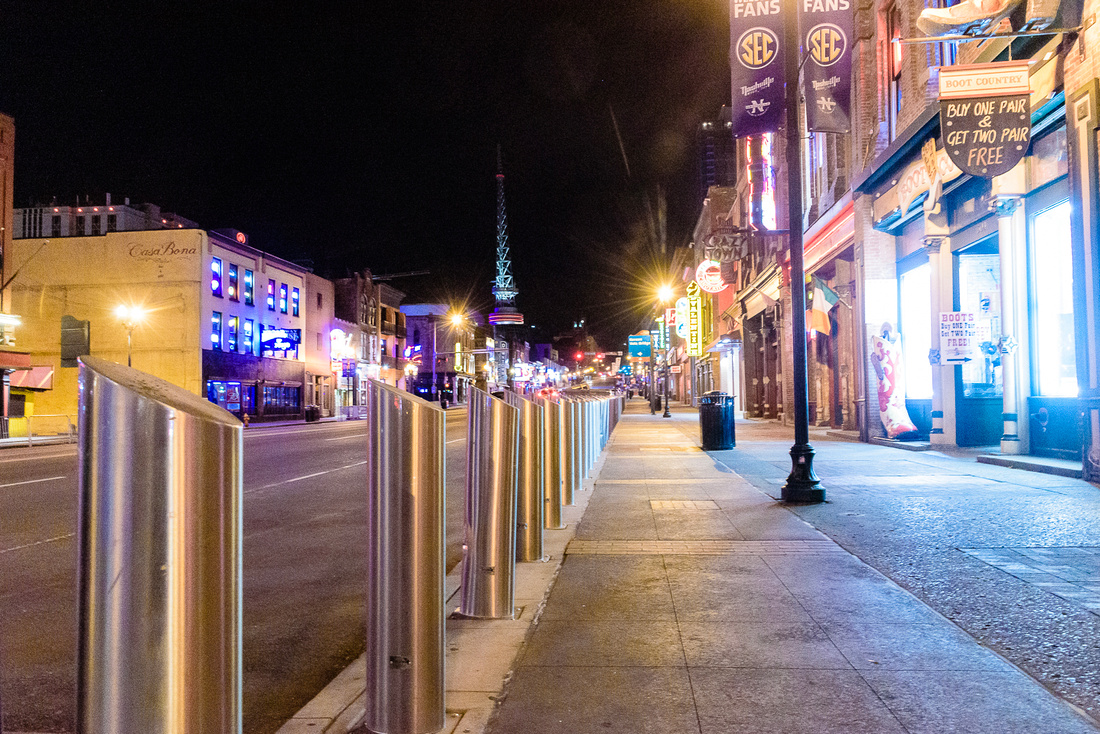 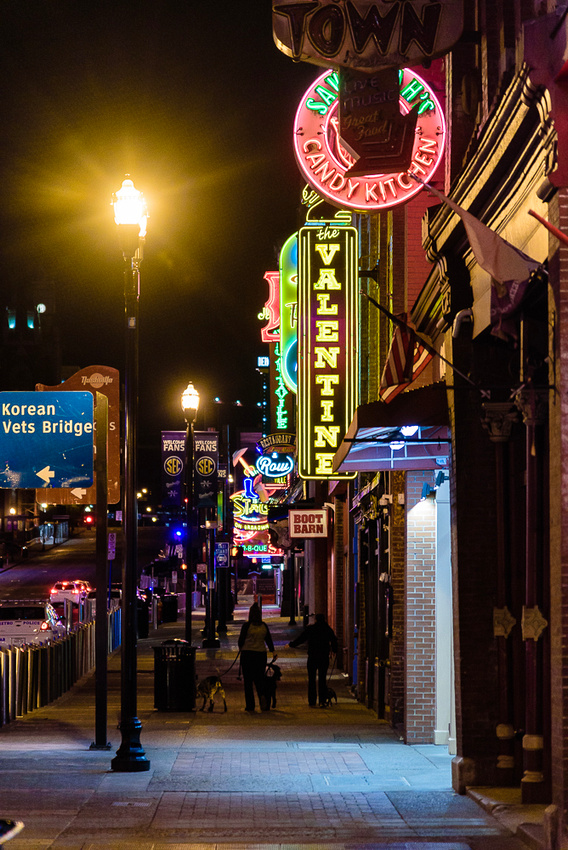 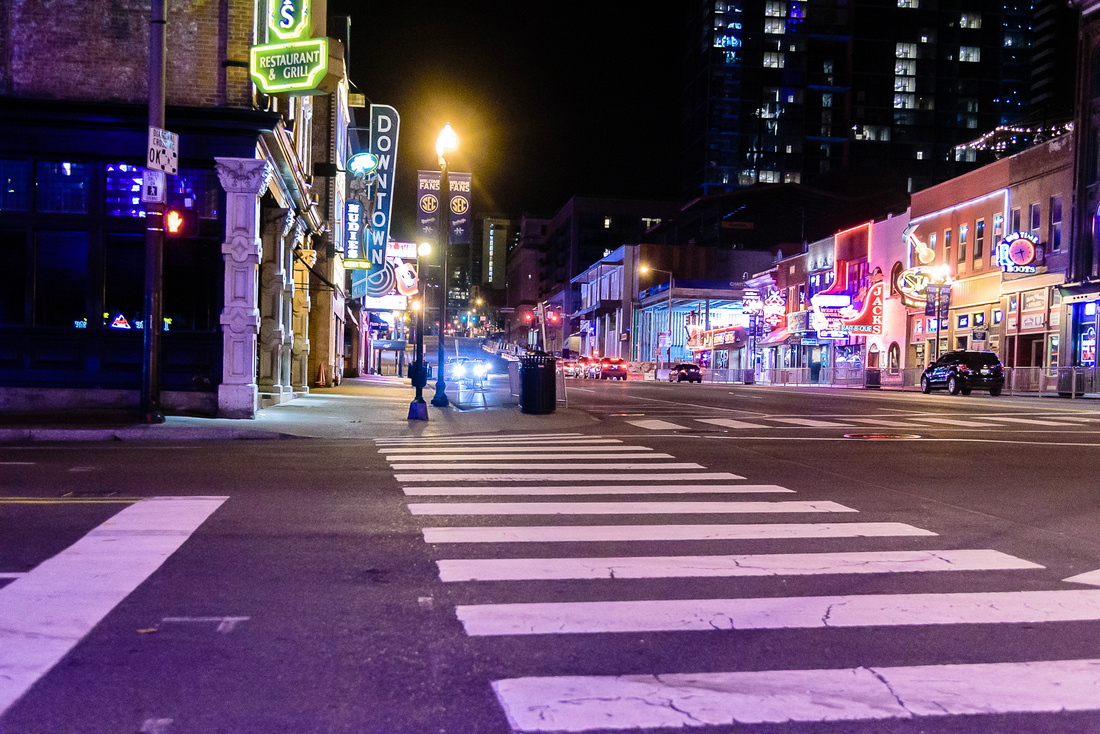 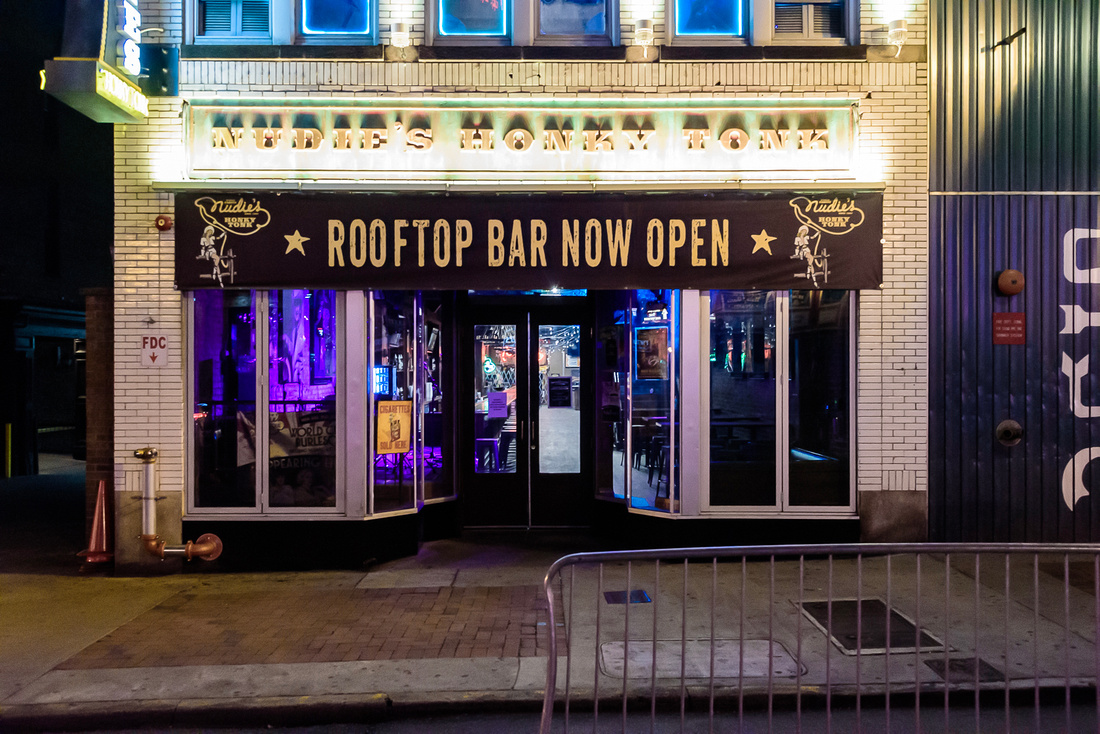 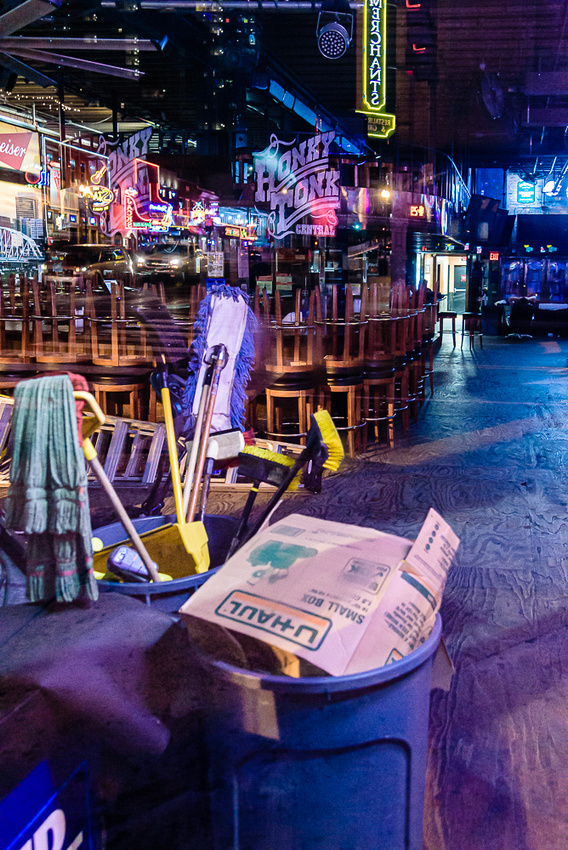 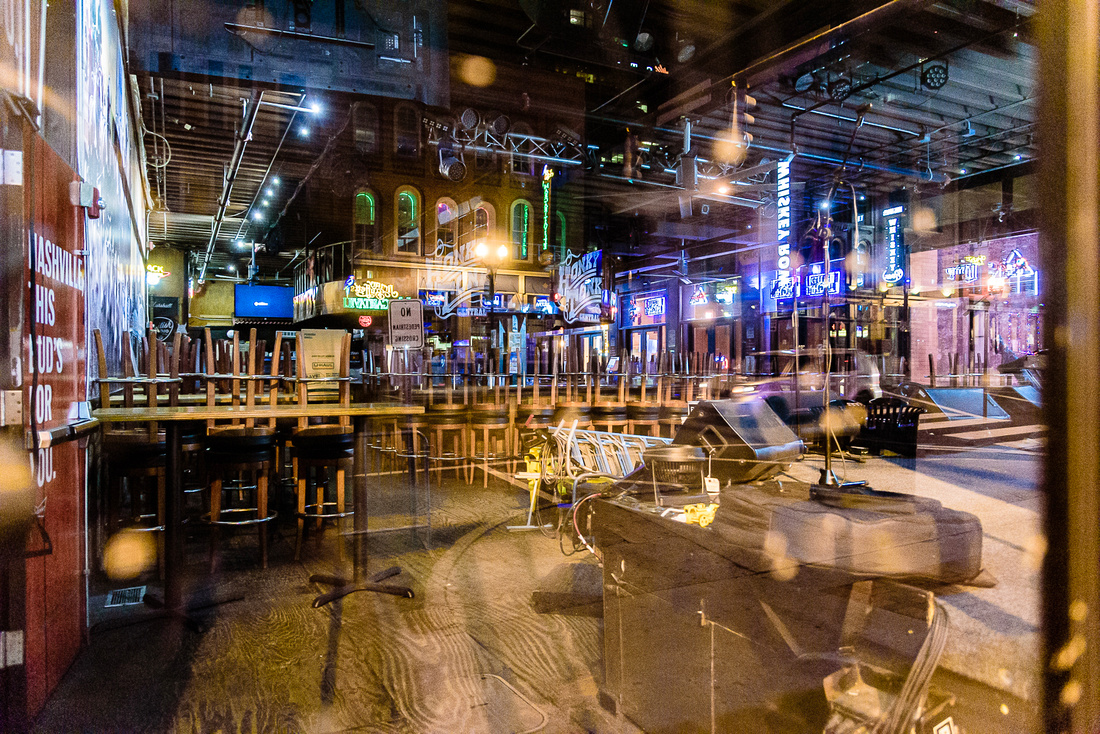 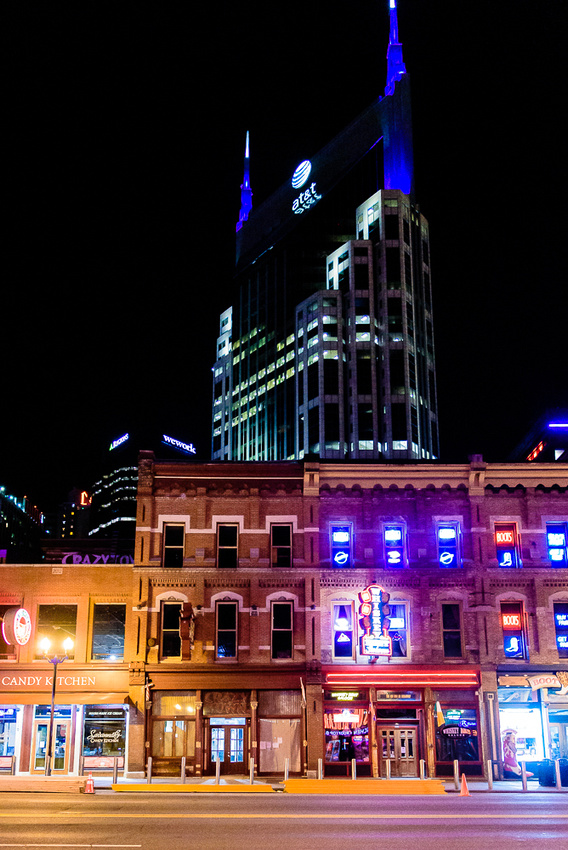 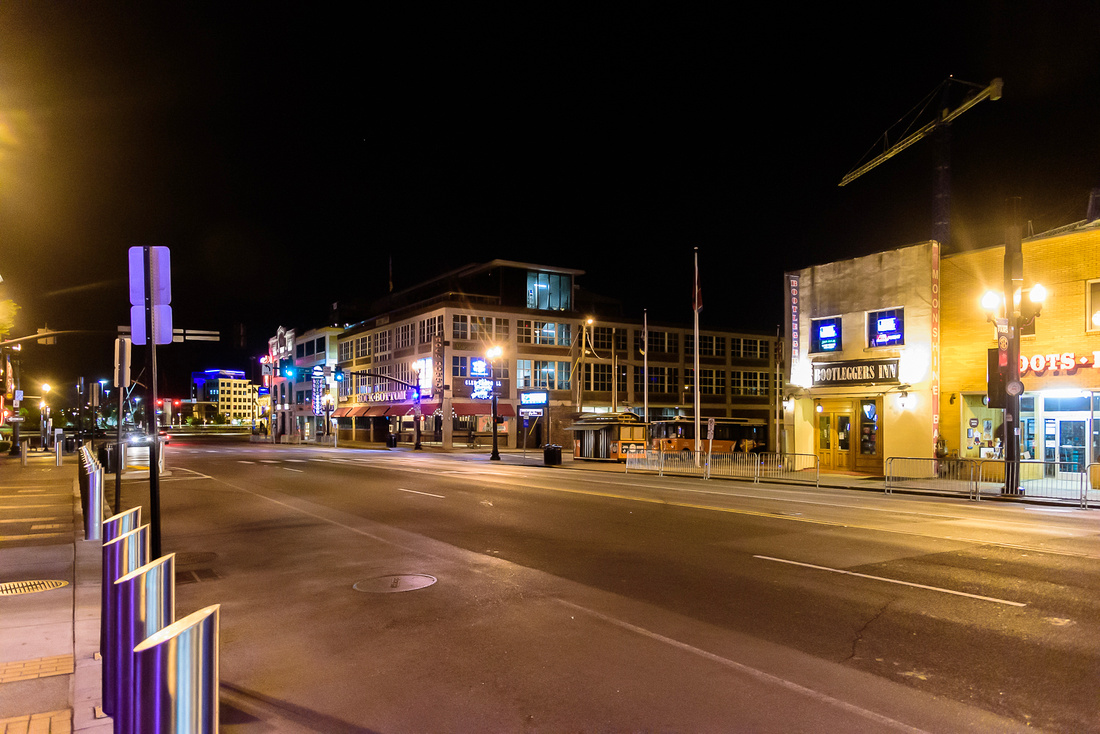 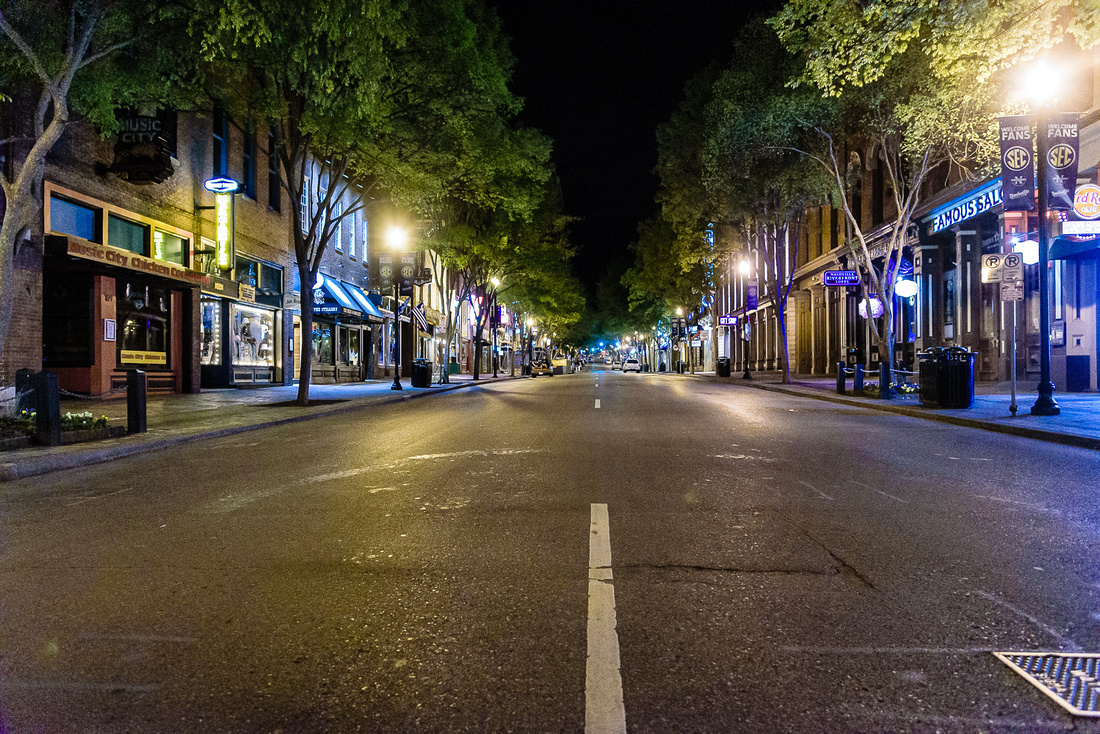 I hear a lot more sources saying we are nearing the peak of this.  Estimates just a week ago foretold of 100,00 to 240,00 dead in the US.  Most in the coming week.  Estimates today say we might have reduced it to 60,000 because of the efforts we have made.  I had thought I was going to quit doing deliveries when it got too bad but if we are about to be on the better side of this, I may not have to quit.  Supposedly there is a new SBA loan for 1099 contract workers that will be available tomorrow.  I will be looking in to that.  I still think we are a long way from getting back to normal.

Back to the cops for a second.  I have seen police parked after dark with their lights on.  Sometimes they are flashing and sometimes they are just on.  I have seen regular patrol cars doing this and I have seen unmarked cars sitting with blue light on in their grills.  I’ve seen them in all parts of town but not so much in residential areas.  Maybe they are trying to show a presence during the crisis.  But since the civilian traffic has been so reduced, it seems like there are police everywhere. 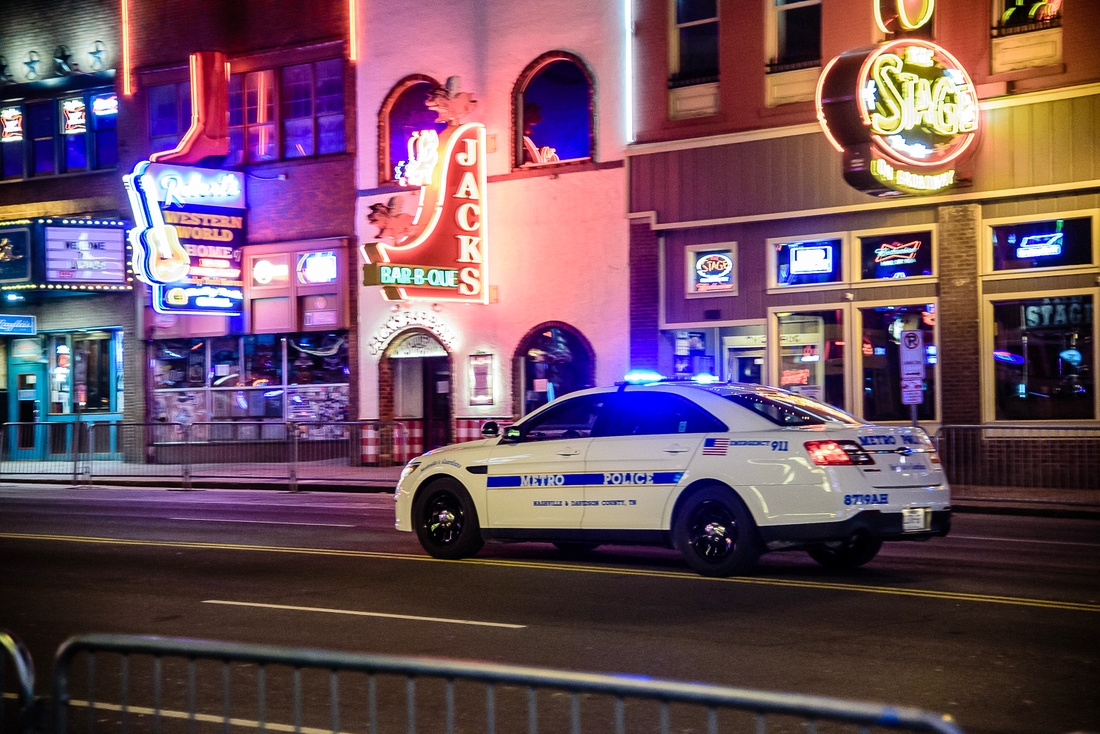 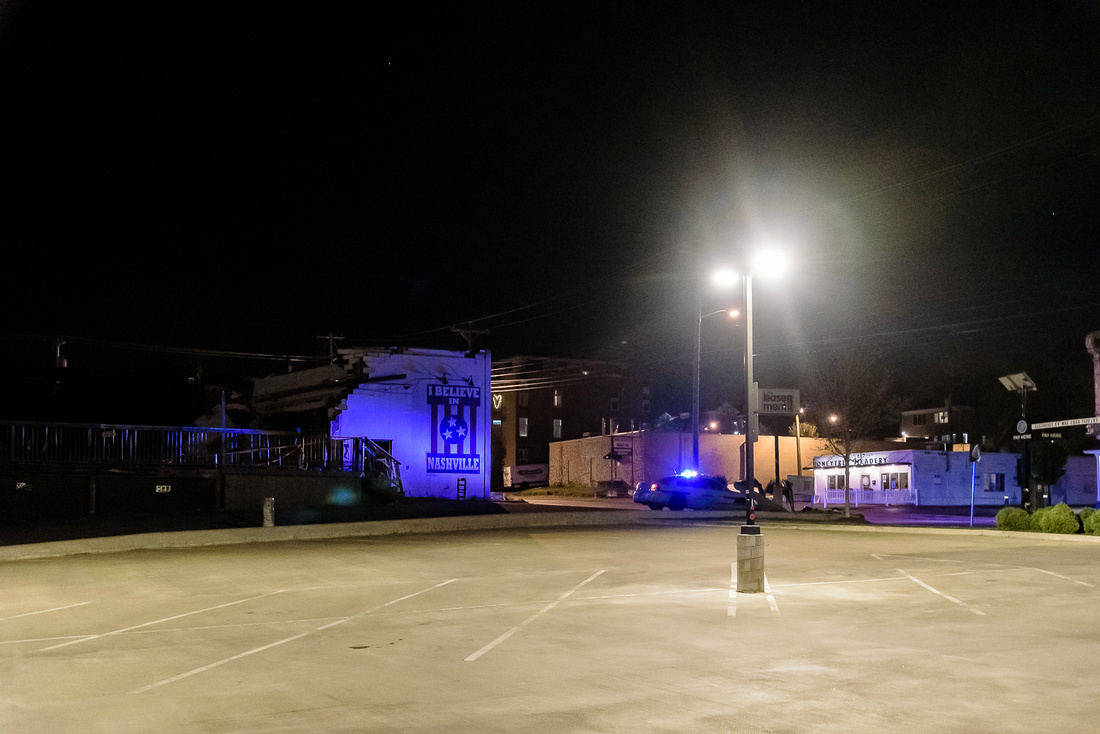 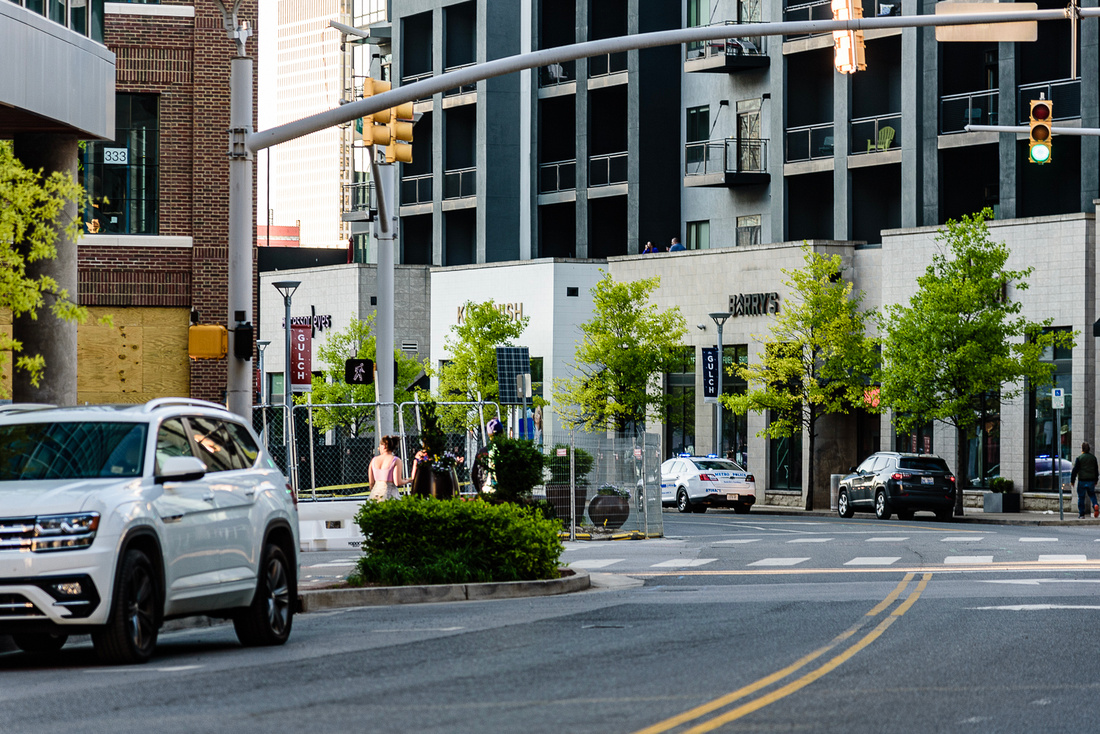 Linda StClair(non-registered)
The neon is still on. Which I know is because the electricity is still on and they are all on timers. I have seen appoplytic movies and I don't remember empty streets plus neon. Rather it was ecenee of empty streets with debris flying in the wind. So I think your photos are pretty unique.
Martha WElls(non-registered)
I know your mother and I live in Hamilton ON Canada looking at your photos you should have a book of photos saying this is how Nashville looked in the C Virus 19 , and when over show the same photos. it will be something people should purchase, if no other reason to leave history of the area. This Virus is affecting every country.
mom(non-registered)
Beautiful pictures
No comments posted.
Loading...
Subscribe
RSS
Recent Posts
Kingston Springs Back to School Nashville on Independence Day Distance Portraits. We Will Breathe Sometimes you just gotta stop and shoot the horses. Open for Business Cinco de Mayo Murder Hornets !?! Turkey Crossing
Keywords
nashville coronavirus covid19 Tennessee pandemic UberEats christmas distance portraits Broadway
Archive
January February March April May June July August September October November December
© Bryan Bloebaum Photography
User Agreement
Cancel
Continue