My car died on Monday and had to be towed to the shop.  That gave me 2 days off as I waited for repairs. Yesterday I had to take an Uber to pick up my car. I wasn’t really very excited to climb into a car with a stranger. I haven’t been wearing a mask, just keeping my distance. When I used the Uber app to get a ride it advised wearing a mask, and since I would be in a small space with a driver that has presumably been picking up other riders, I figured I’d make an effort.  I made a mask from a bandana.  It was almost too small to tie around my big head but I made it work. Well the driver wasn’t wearing a mask or gloves.  I have no way of knowing when he last disinfected his car. On top of that, he told me that he had just finished a shift at his other job, Food Lion.  So I am riding in a car with an Uber driver that works in a grocery store for eight hours with the public before he gets in to his car and picks up strangers.  There is no knowing how thoroughly he cleaned his car or when or if his last riders took precautions.  Wonderful. 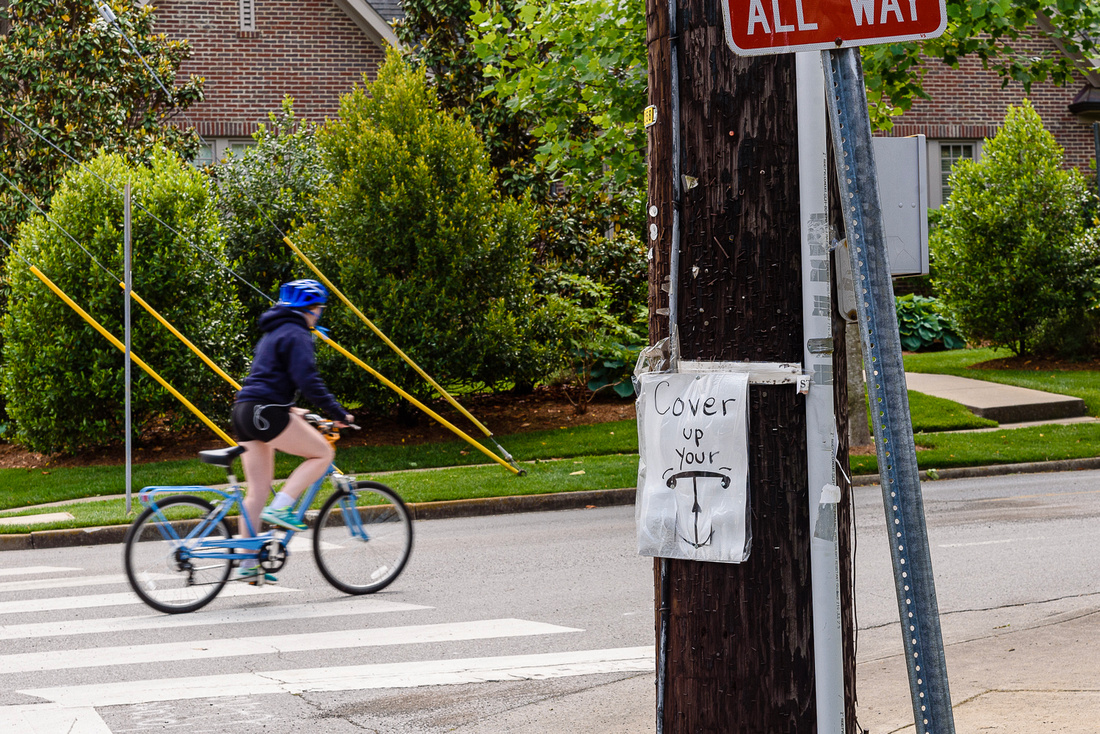 I got a phone call from a good friend today.  He lives in New York, possibly the epicenter of the virus in the world.  He and his family have tested negative and are staying safe. Good to hear.

We found out today that there is a quarantine camp at the fairgrounds for homeless people that have tested positive for the virus. We found out because Randle Kirkley jumped the fence and was arrested two miles away was charged with escaping a penal institution and is being held in lieu $5,000 bond. He escaped a penal institution where he was being held for an indeterminant amount of time without due process of law.

It was also reported today that anyone tests positive for covid-19 in Davidson County would have their names given to the police. 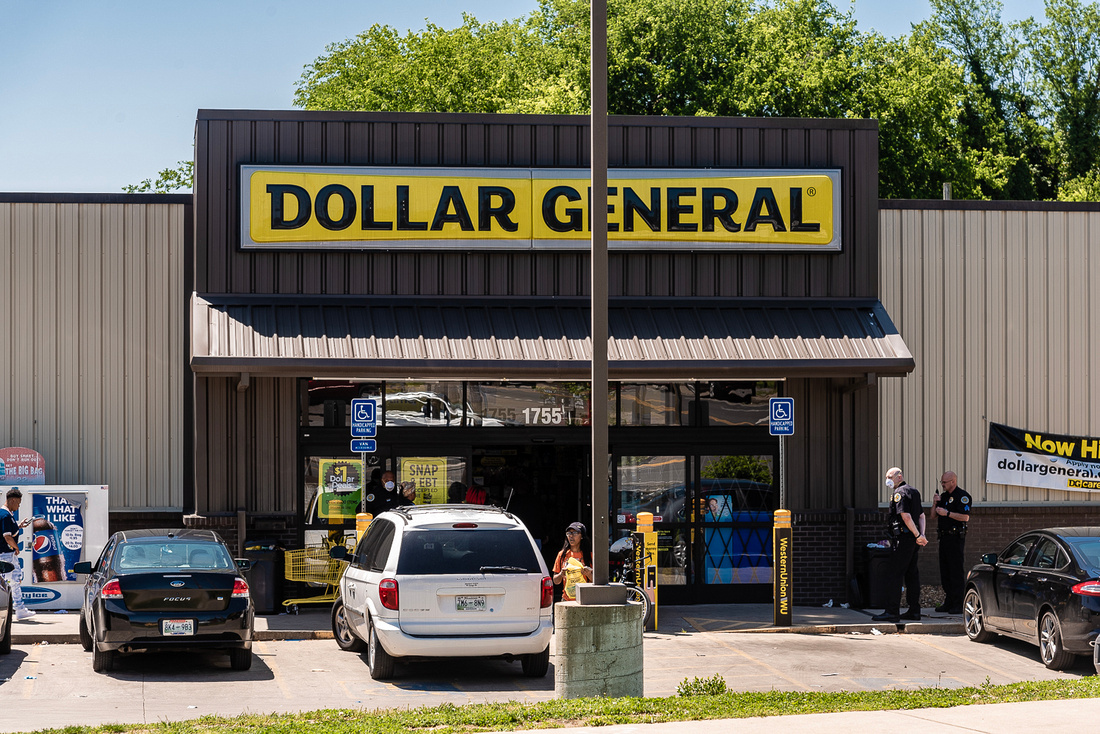 People are howling at 8pm all over town.  It has not really reached my neighborhood but it is all over East Nashville. 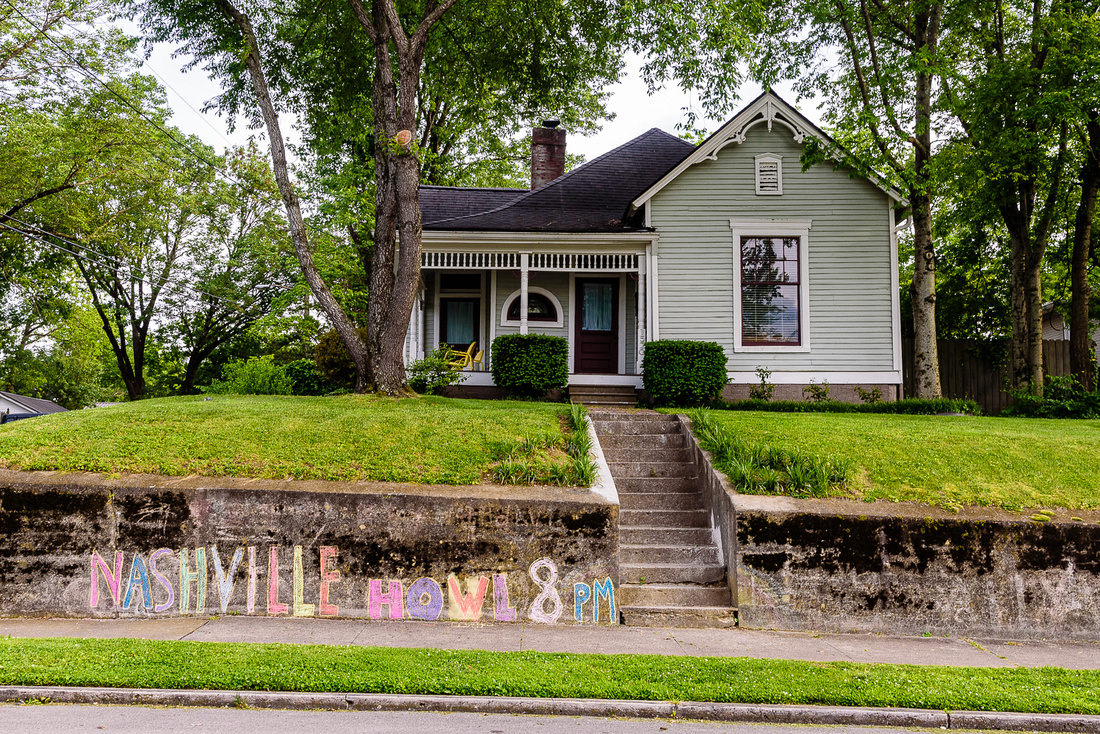 More bad luck with my car. The transmission is out and I am not going to have it fixed.

I have not done any deliveries because my car is dead and I am now in the market for a new vehicle.  My sister and my nephew drove my Dad’s truck up today for me to drive until I can find something to buy. They are on their way to Tuscaloosa to get Brad’s stuff out of his dorm room.  He hasn’t been able to get in to the dorms since he left for spring break.  They got here about 7 and we tried to find a restaurant to eat at.  We tried Red Headed Stranger and The Pharmacy, both closed for inside dining. We found a place to eat at Las Maracas. They had limited seating but we got a table. They seemed to be doing a good job with only five parties in the dining room spaced well apart. The staff were all wearing masks. 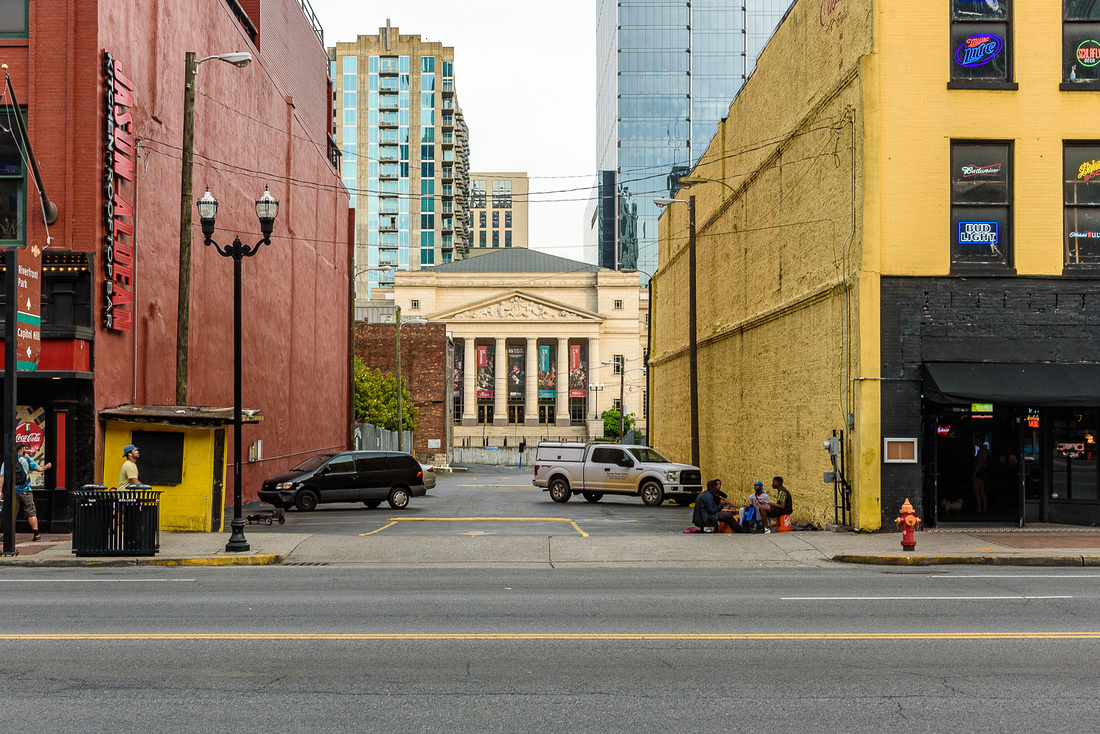 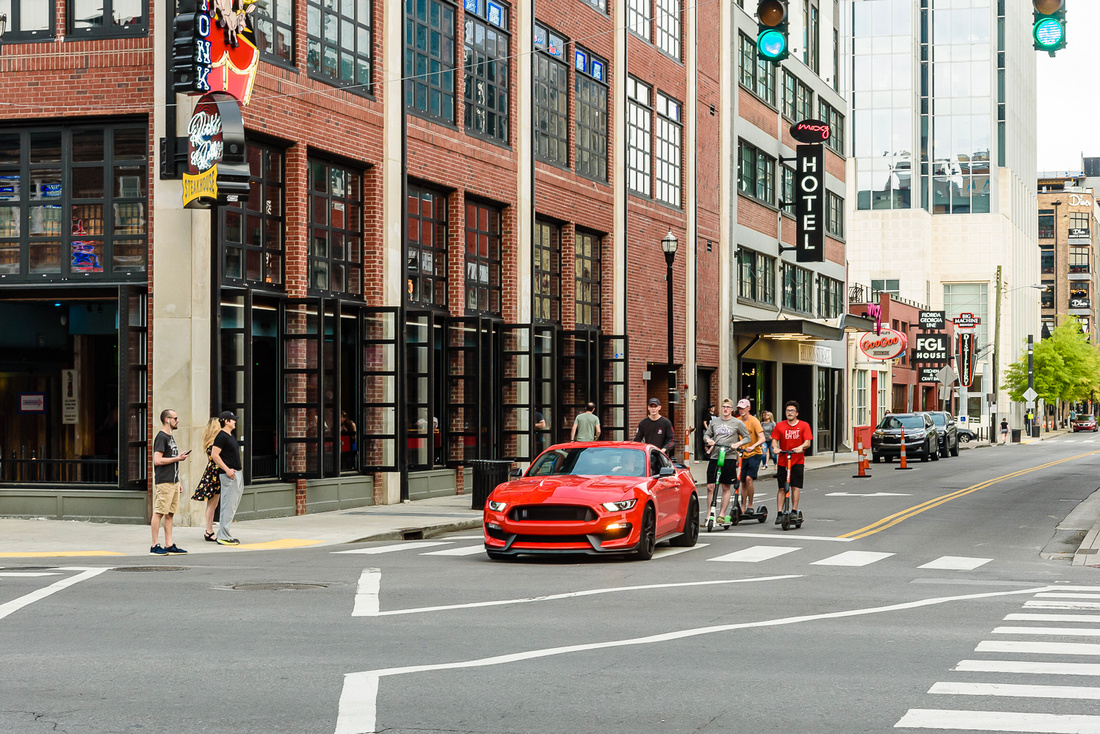 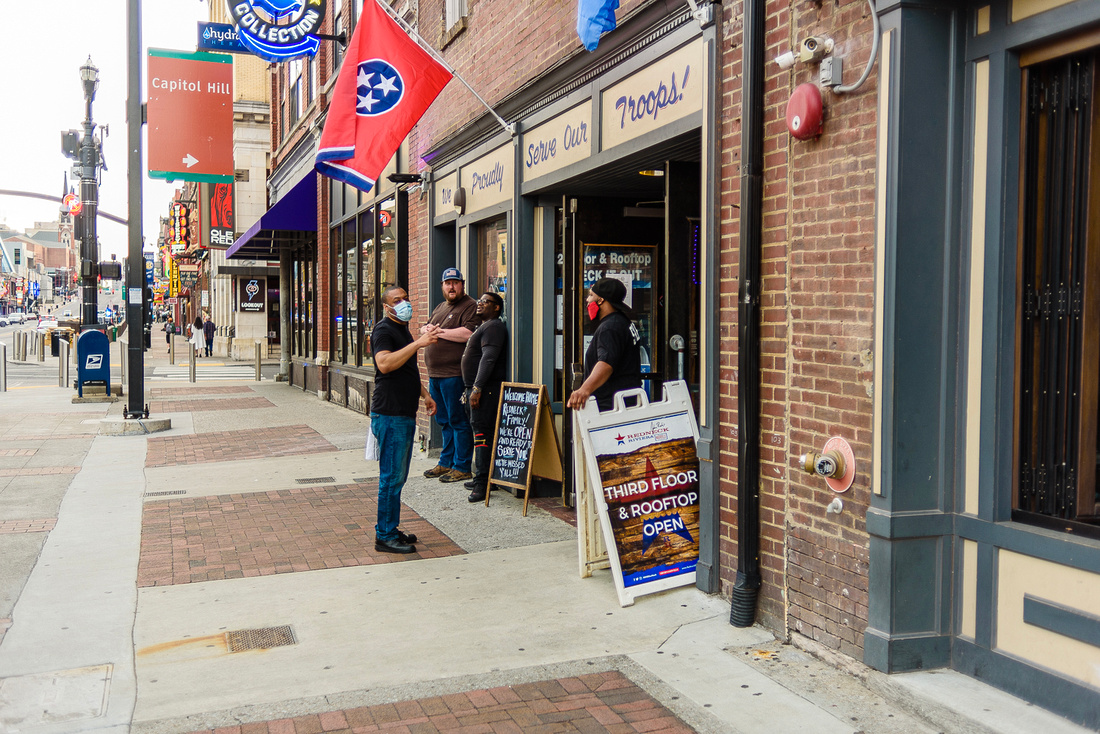 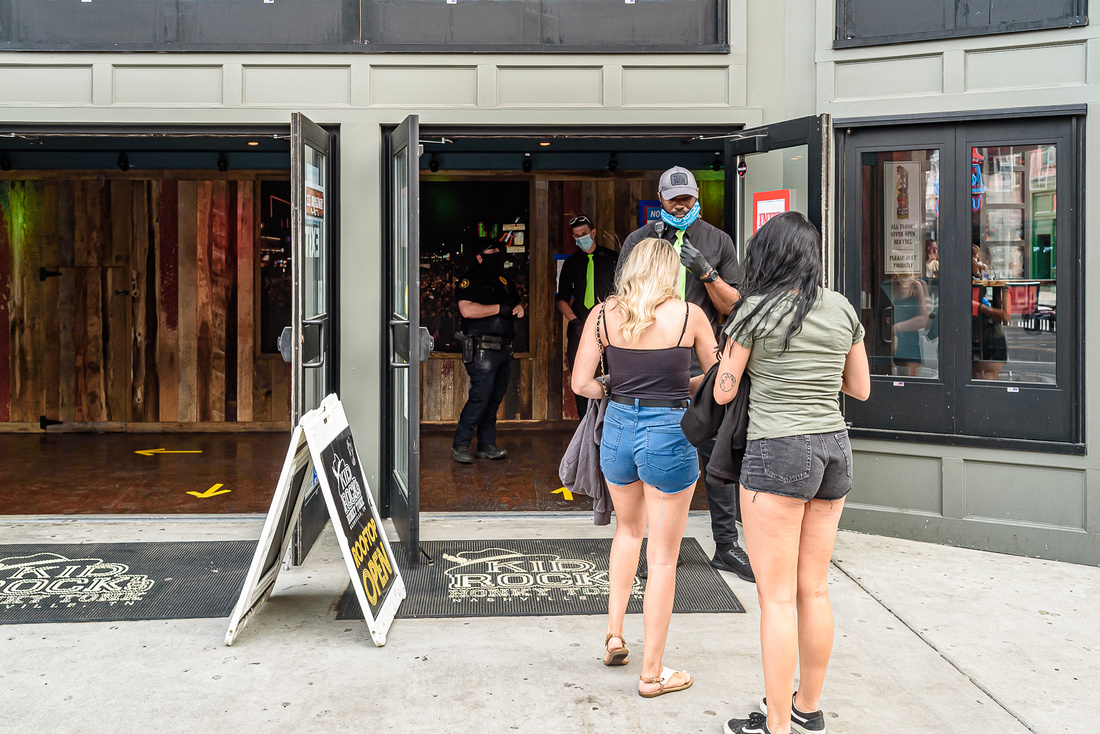 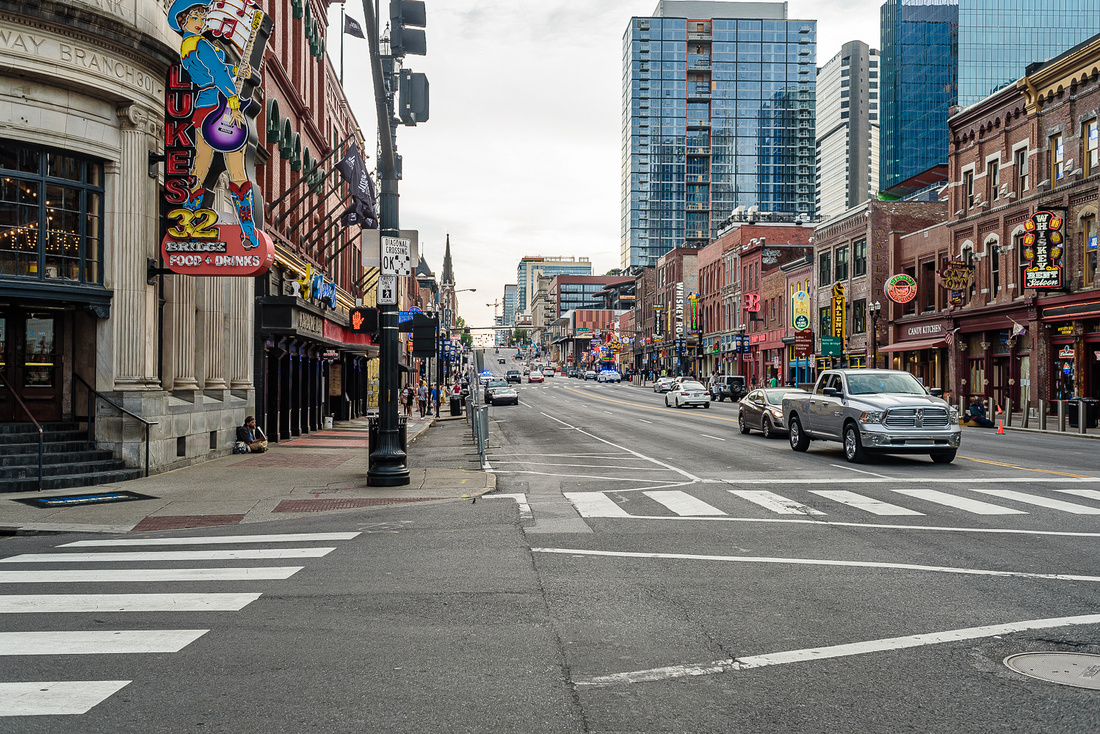 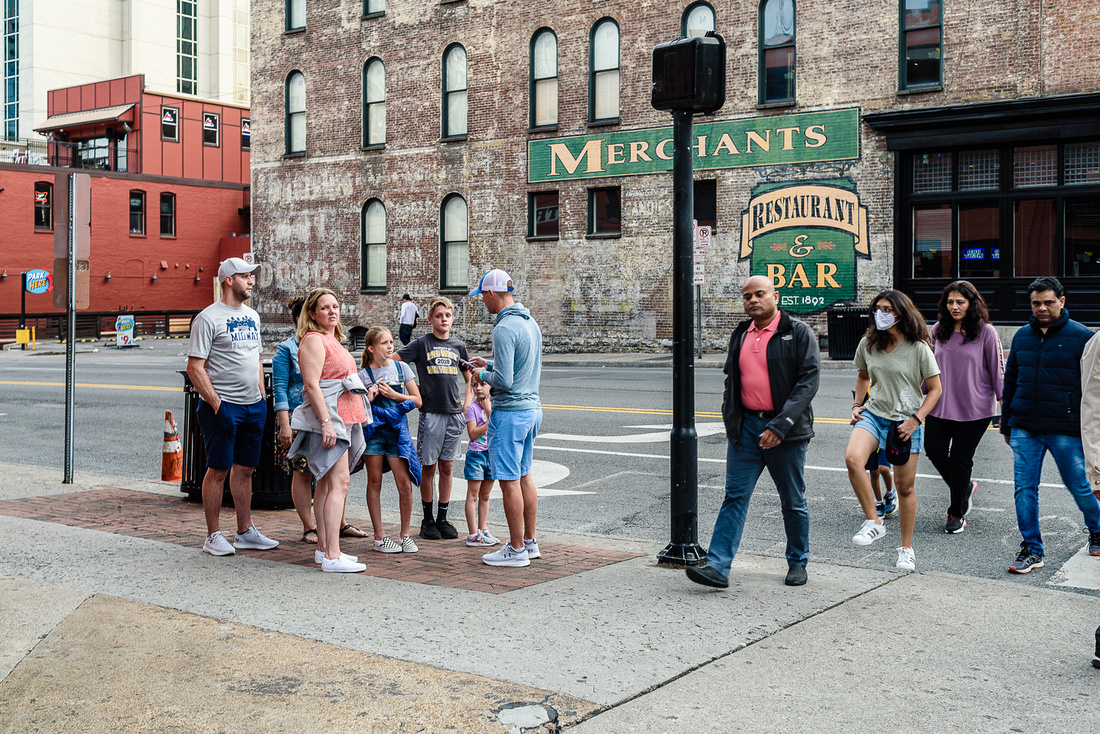 I did one delivery today in my dad’s truck.  It’s a little bigger than what I was driving so I need to get used to it.  It was actually a little slow around dinner time so I turned the app off and headed downtown.

It was my first night downtown since the city has allowed partial openings and, although it was not back to normal, it was definitely more active. Scooters, a couple on fat tire e-bikes, lots of pedestrians, and this was at 6ish on a Thursday.

I saw a bunch of police arrive at a scene at 4th and Broadway. There was a big crowd around and not much social distancing going on. 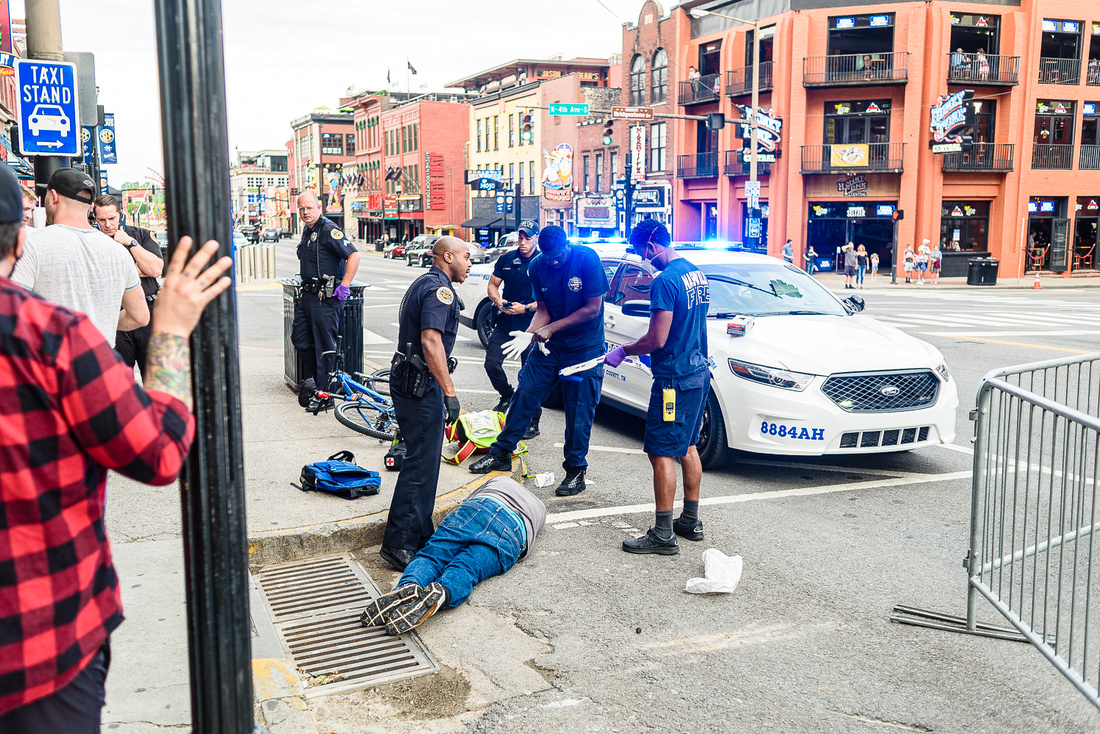 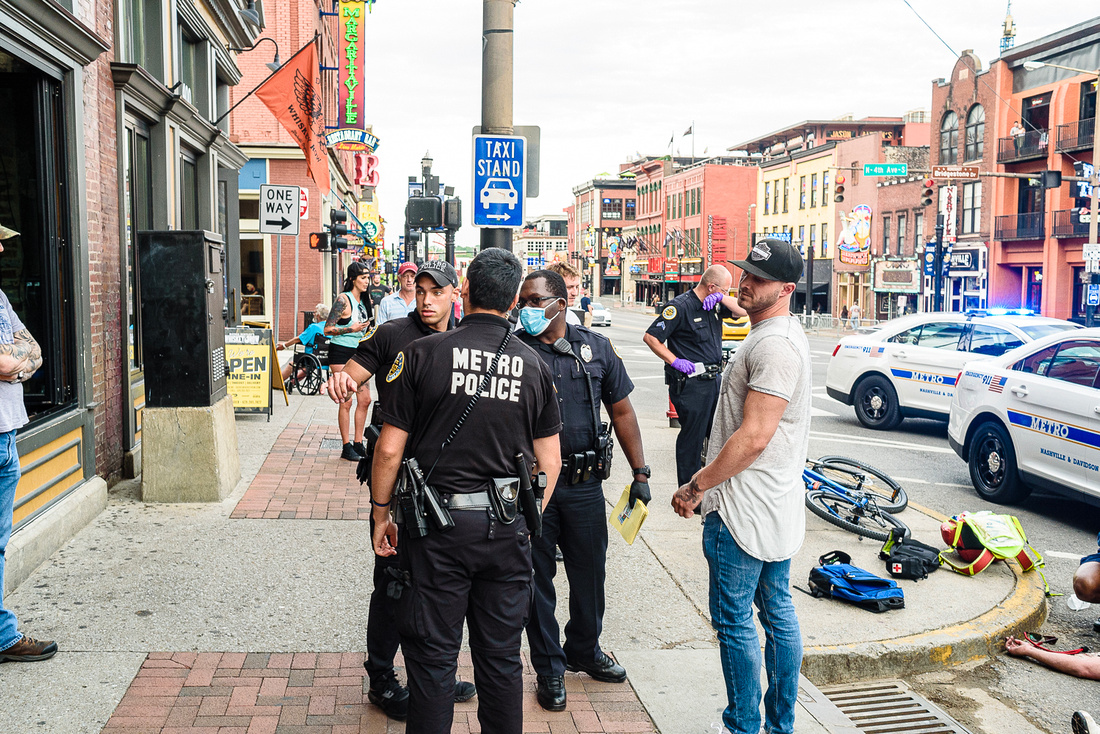 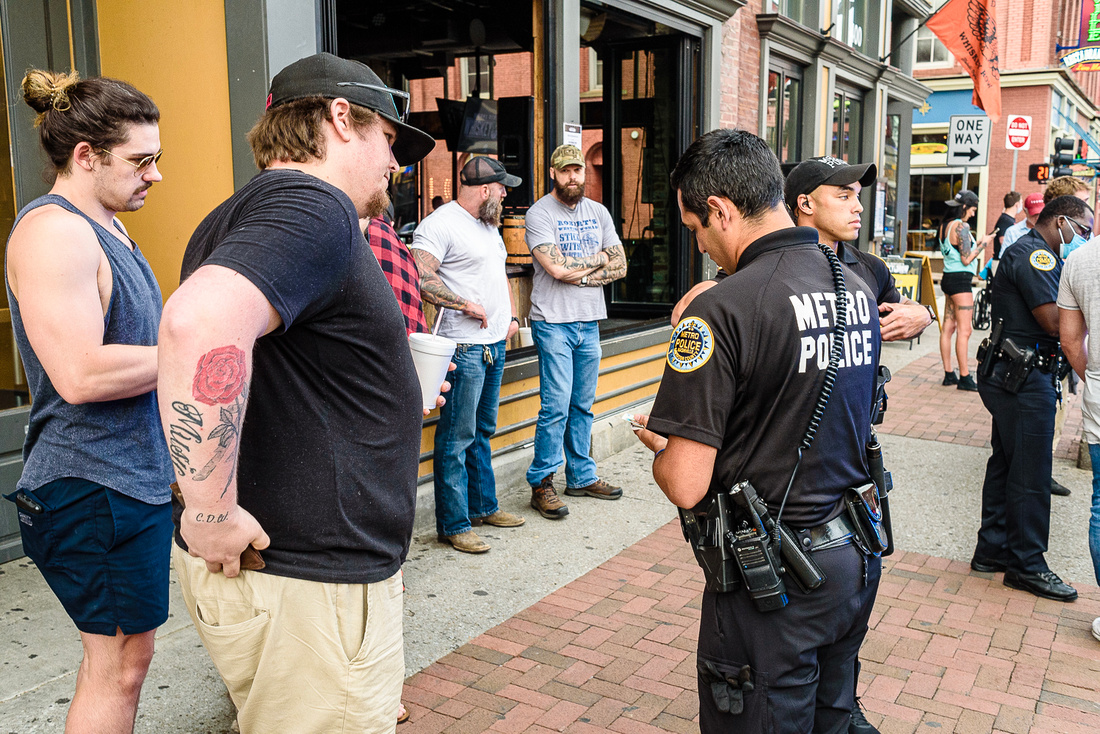 When I got over there I saw a guy on the ground that was not in a good way. He was face down but I could see a lot of blood from his head. He was unresponsive as they rolled him over and put the neck brace on. 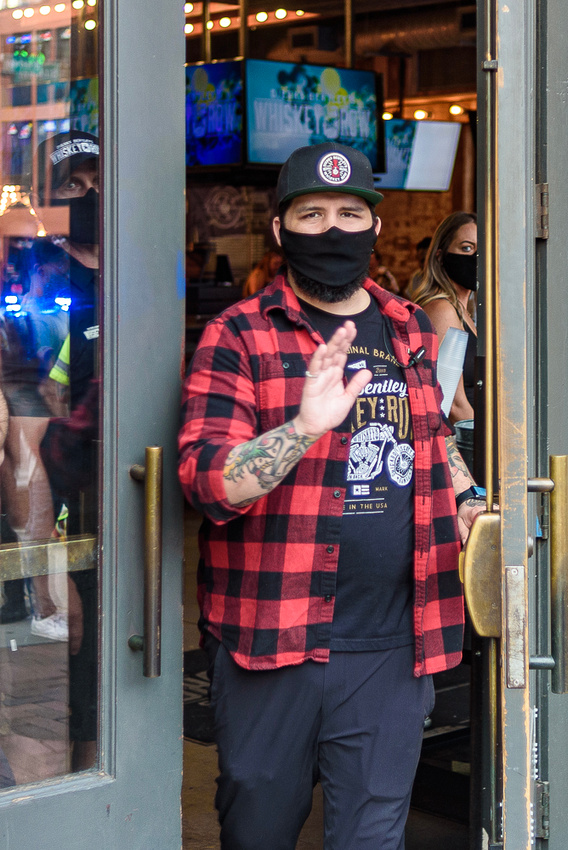 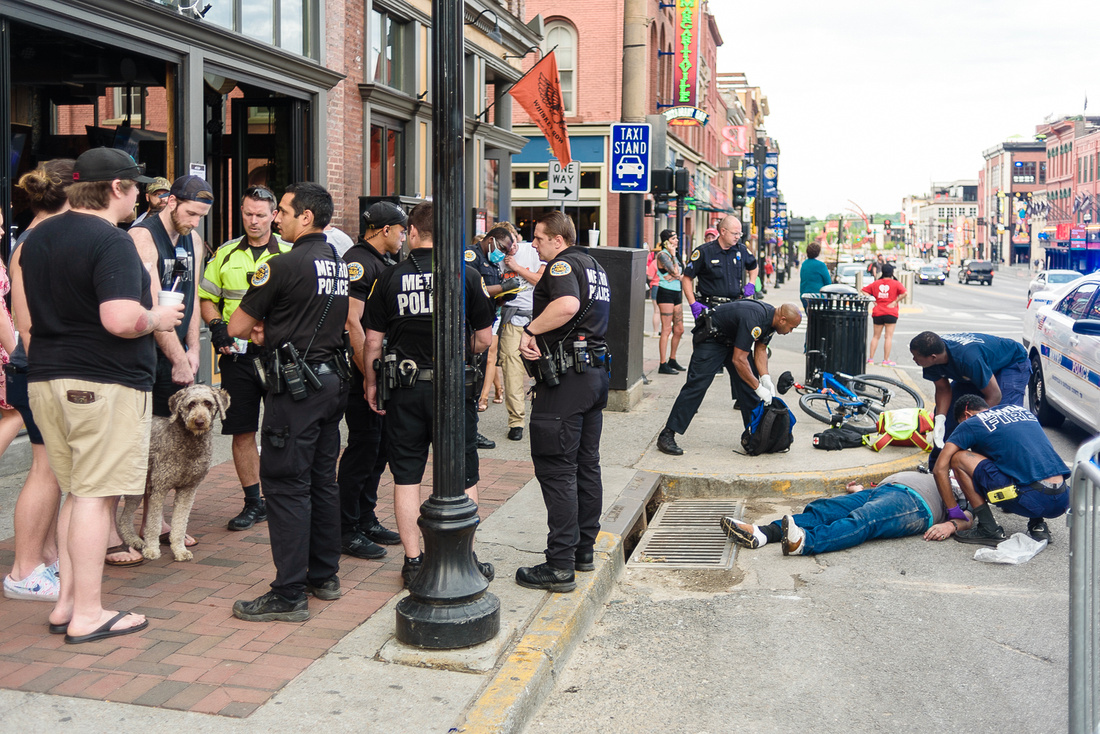 Then he was strapped to the backboard as the ambulance arrived. I do hope he is alright. I didn’t get the full story but from what I gathered he came up to the bar looking for trouble and he found it. Someone punched him completely out. It also looks like he was on a bike so I’m not really sure how it all played out.  Hope he was okay.  I have more graphic pictures but I really don’t feel like sharing them. I think these tell the story. Lower Broad is open for business y’all !!!!!! 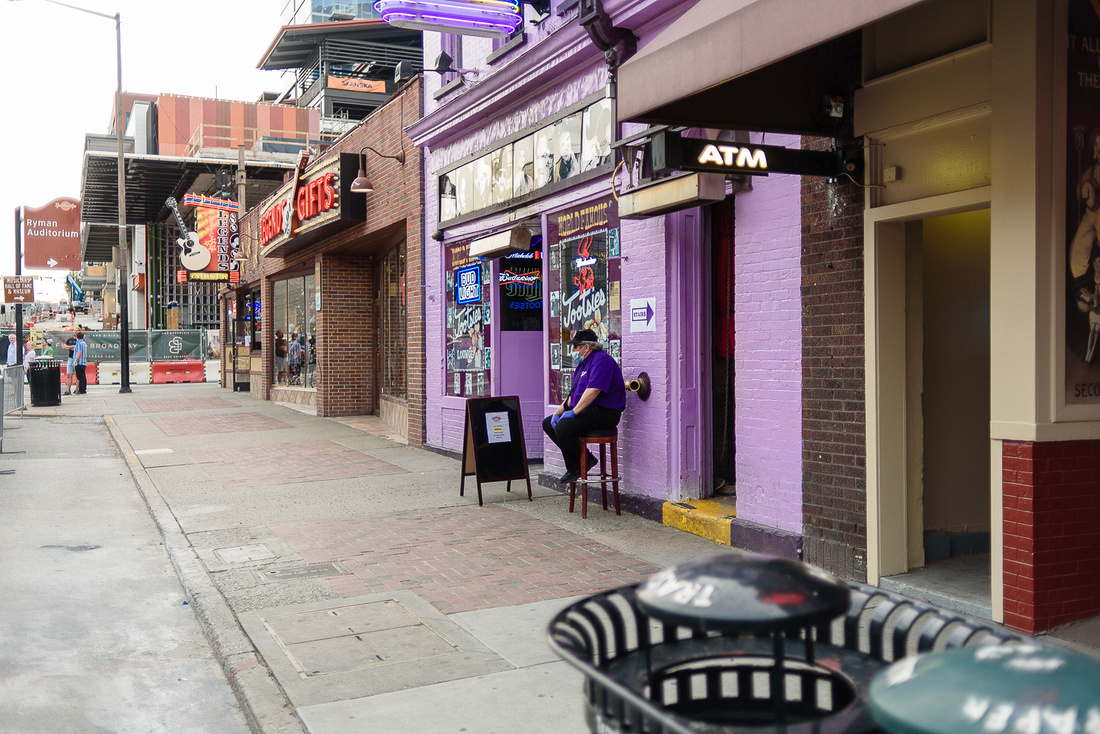 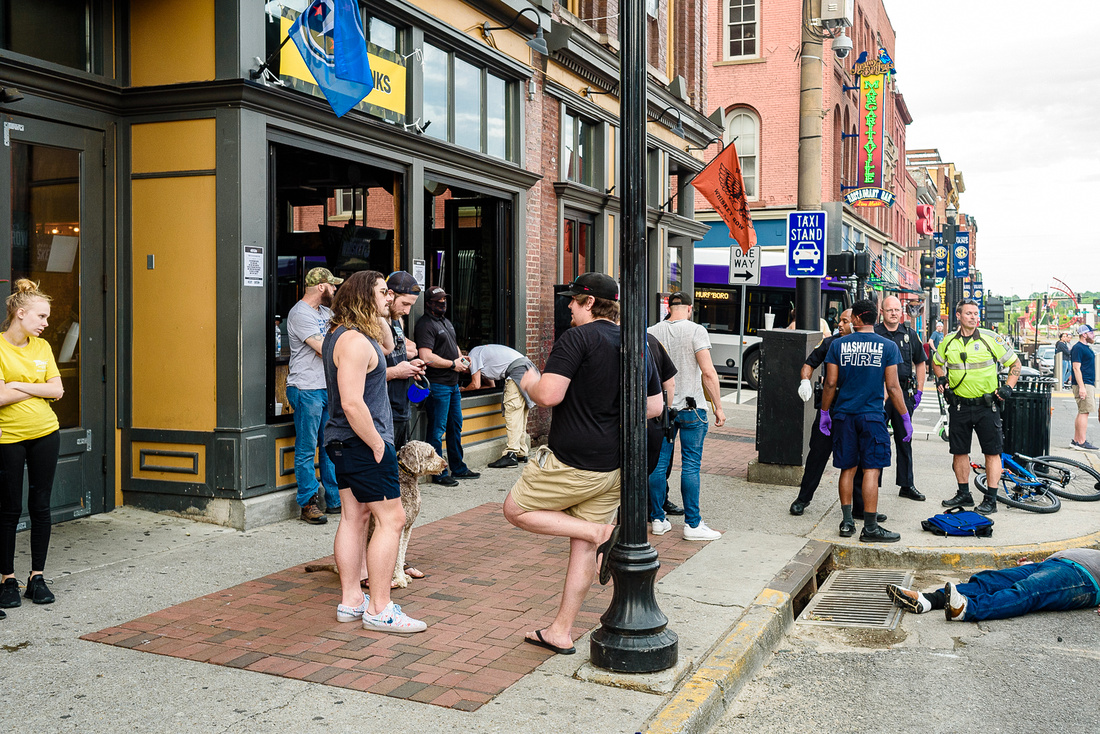 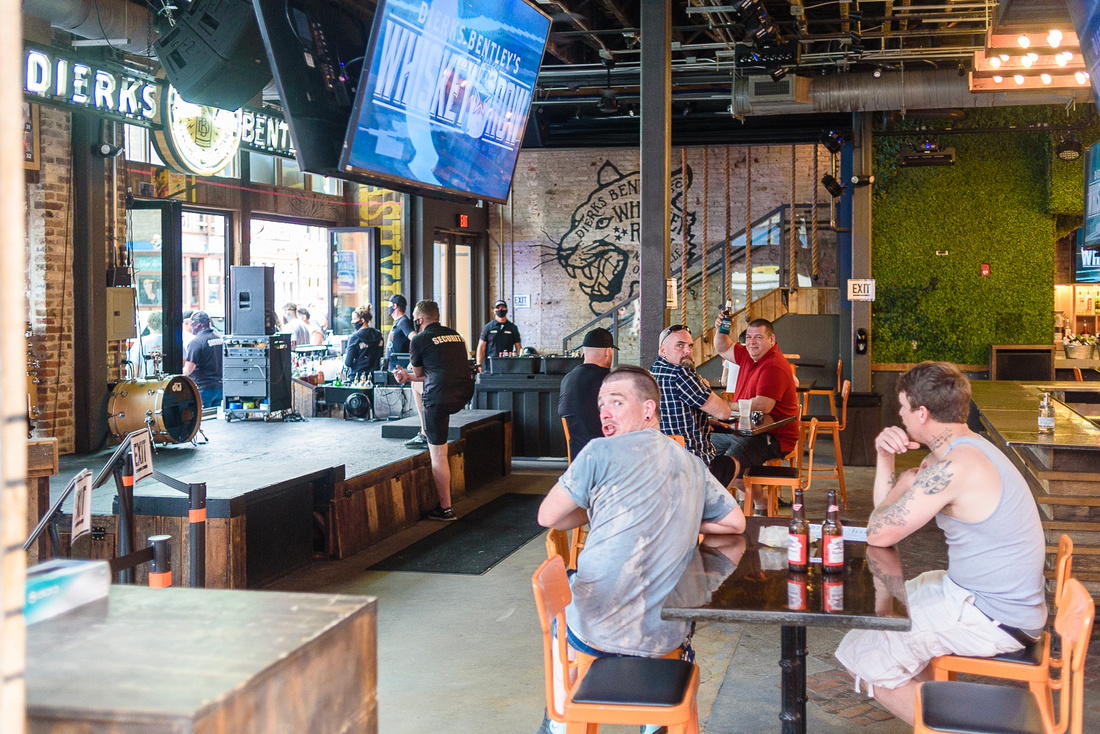